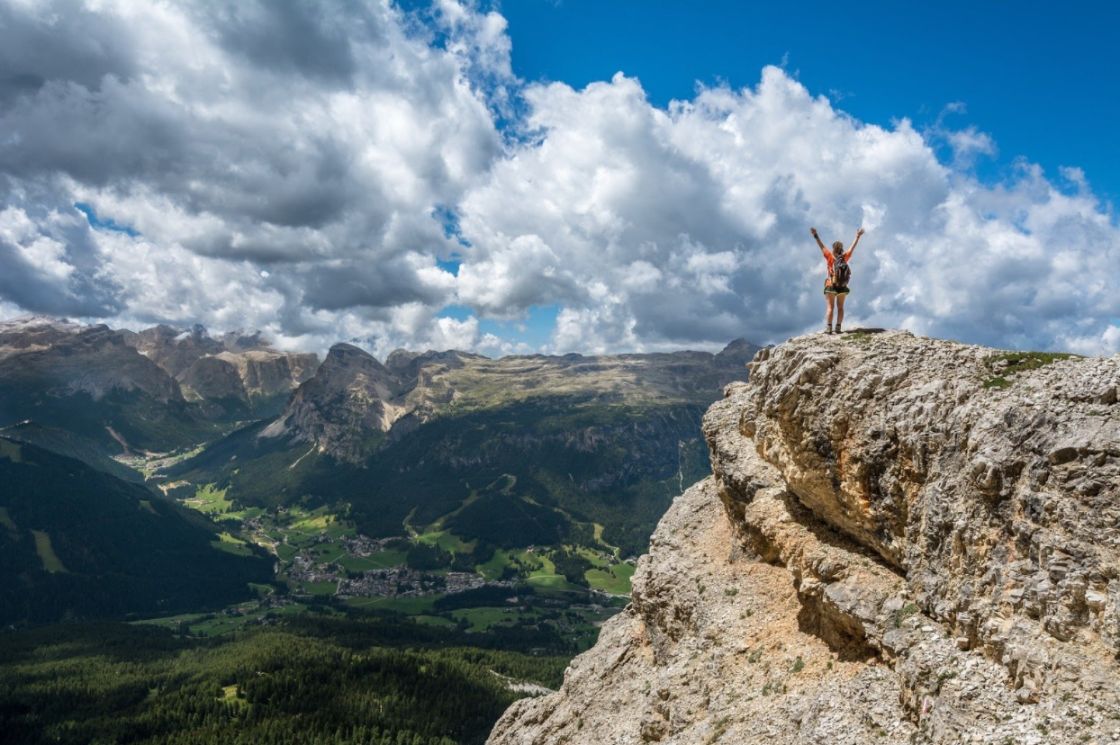 Close your eyes and imagine that you’re hiking along a mountain trail. You’d imagine seeing scenic snow-capped mountains, beautiful fir trees, and maybe a stream or two. But what would you feel? Chances are you’d feel refreshed, calm, and enlivened. Why?

Sure, the majestic environment of nature can certainly make us feel more alive. But did you know that there’s a chemical composition in the air that makes you feel this way? This is because the air is filled with an invisible healer: negative ions!

Negative ions are found naturally across the world and have been studied for the past 100 years. The name “negative ion” can be deceiving to most people because, in reality, negative ions are actually good for us while positive ions offer more harm than good. This is something that negative ion bracelet scientific study reports have demonstrated on numerous occasions. Still, there is still a lot to be uncovered about negative ions and the way they affect our health and wellness.

What Are Negative Ions?

Ions are atoms or molecules that have an electrical charge. Atoms have a neutral charge; that is, they have the same number of protons (positive particles) and electrons (negative particles). When an atom loses an electron, it becomes a positively charged ion because there are more protons than electrons. On the other hand, when an atom acquires an electron, it becomes a negatively charged ion since it has more electrons than protons. This is how negative ions are made.

Negative ions are generated in many natural environments. They are usually the product of natural forces breaking apart molecules and allowing them to gain electrons. Examples of places where negative ions are abundantly found are beaches, waterfalls, mountains, and any place where thunderstorms are frequent. This is because the collision of water against any surface leads to the breakup of molecules and their electrons.

So, What About Positive Ions?

At this point, you may be asking “why aren’t positive ions good”? Even though there isn’t enough scientific evidence to determine the precise reason why positive ions aren’t good for us, it is known that most forms of toxins, dangerous chemicals, pollution, and even pollen are positively charged ions. On top of that, one review of scientific literature found that people who were exposed to large amounts of positive ions experienced anxiety and irritability, respiratory discomfort, and even joint symptoms. Safe to say, there’s nothing too positive about positive ions!

How Do Negative Ions Benefit Our Health?

Now that you understand the chemistry behind negative ions, we can now begin to understand how they affect our bodies.

One of the most basic effects negative ions have is on the air around us. They have the ability to clear the air of pollen, mold, and other allergens. One study found that negative ions can reduce pollutants by up to 97 percent. They can also reduce levels of bacteria and even viruses. That’s right, viruses!

But how do they affect our bodies? When negative ions are absorbed in our bloodstream, it is believed to produce a biochemical reaction that results in the creation of serotonin. Serotonin is a hormone that is responsible for balancing our mood and energy levels. So, when our serotonin levels are increased, we can feel happier, less stressed, and more energized!

Because blood cells have a slightly positive electric charge, negative ions are magnetically attracted to them when they enter the bloodstream. When the electrical charge of blood cells is more balanced, the cells tend to become smaller. This helps improve circulation and allow more oxygen and nutrients to be absorbed by our body.

The enhancing effect negative ions have on our circulatory system is good for the entirety of our body but is especially beneficial for our brain function. It’s one of the reasons why spending time in nature is so good for our mental health! When our brains are able to have better blood and oxygen flow, our emotional and cognitive functions are stimulated.

The scientific review mentioned earlier also found that long exposures to negative ions produced significant reductions in patient’s depression levels. It also found that shorter exposure times were beneficial to those who experience seasonal depression (also called seasonal affective disorder, or SAD). So, whenever you’re feeling blue, negative ions might put you in a better mood!

There are a number of different forms of negative ion therapy, some of which you’ve probably seen before. One of the most popular is a device called an air ionizer that is designed to cleanse the air and rid it of toxins. Himalayan salt lamps are also popular, but many scientists have already debunked the myth that it releases negative ions (or at least enough negative ions to actually provide benefits).

The most convenient, affordable, and easy way to improve health and wellness through negative ion therapy is by wearing an energy bracelet. Below is a list of just a few examples of negative ion bracelets you can find on the market today.

This negative ion bracelet manufactured by Infinity Pro is made of waterproof silicone that you can slip right onto your wrist. The silicone is certainly very comfortable to have on for long periods, but it also may not be the exact fashion-statement you’re trying to make. Regardless, it releases a large number of negative ions and also has powerful magnets to amplify the enhancement to your circulatory system.

The HealthyLine titanium-linked bracelet not only makes you feel good but also makes you look stylish at the same time! HealthyLine is no stranger when it comes to negative ions; they produce therapeutic mats that emit a natural, steady stream of them (along with other therapies) into the body. Along with negative ions, this bracelet also releases far-infrared rays, magnetic energy and is made with germanium powder that provides a noticeable improvement to the wearer’s health and wellness. Don’t believe us? Just take a quick look at their product reviews!

This bracelet is similar to the Infinity Pro bracelet due to its silicone material. It is an ultra-light and flexible bracelet that is great for those who are constantly on the move. This is because it doesn’t have any gemstones, metal, or extra therapies. It still is a great way to improve your overall well-being in an easy and convenient way!

The purpose of this blog post is to share the negative ion bracelet scientific study reports that demonstrate the improvement you can feel across your body and mind from this interesting therapeutic solution. Negative ion bracelets provide all of the healing powers you can get from more complex and expensive devices in a convenient and affordable way.

There really is no better way to improve your health than with negative ion bracelets—start your journey to better wellness today by investing in one of these bracelets!